Castleford’s Airedale Academy performing arts students have created a dance/drama DVD to raise awareness of the relationship between alcohol and domestic abuse. As part of the local Community Alcohol Partnership, the students used their skills and in some cases first-hand knowledge to create, produce and perform an emotional piece. The performance is a mix of drama and dance interspersed with statistics and information on help and support services.

The film covers controlling behaviour, psychological abuse with inferences of the physical aspects associated with Domestic Abuse.  The film was a result of play devised by the students and funded through West Yorkshire Police and Crime Commissioner’s (PCC) Safer Communities Fund (which is made up from money recovered from criminals under the Proceeds of Crime Act) the film can either be streamed or downloaded free by following the link: 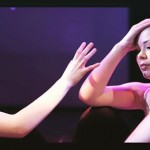 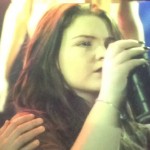